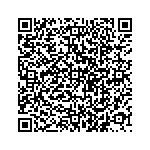 Are you a liberal

Are you a liberal idiot?
543 Responses | Created by kile57stl | Send a to kile57stl | Skip to Results
face it, liberals are stupid, not to mention, they aren't even true "liberals", but here is a quiz to determine just how much of a liberal idiot you are...

1. Your smarter than President Bush right? well, he graduated from Yale, and has an MBA from Harvad Business School, while you on the other hand...
o Hey, I have a C average in high school and I listen to Green Day, I'm clearly a genius.
o People who question the president's intelligence are usually idiots and I have alot of respect for the President
o I am clearly more intelligent than the President of the United States, Even my manager at McDonald's agrees.
o I go to college, so I clearly know everything there is to know about politics.

2. You'd probably said at one point "its about time we elect a woman to be president of the United States", so if the following people were women, you would vote for which one of them?
o Joseph Stalin
o Adolf Hitler
o both were devout leftist like myself... its hard to pick between the two of them.
o I'm not going to vote for somebody just because they are a woman, its about ideas and Mrs. Clinton clearly doesn't bring anything to the table.

3. You clearly spend to much time reading left wing blogs on the intenet and watching MSNBC, which is why you believe the most in which of the following lies?
o That the National SOCIALIST German Wokers Party was a bunch of right wing republicans that took over Europe in the late 1930's and early 1940's.
o Climate Change is clearly created by human activity and that since the dawning of time, the climate has never changed.
o The words "seperation of church and state" are written in the constitution, and the constitution clearly talks about a woman's right to have an abortion.
o Throwing money at problems always solves them.
o The aid money and donations we are sending to Africa is clearly solving problems in that part of the world.
o We are losing in Iraq, and should leave as soon as possible.
o Hillary Clinton is NOT the most corrupt politician in the US Senate. Lying cheating and stealing is only wrong when Republicans do it.
o I'm clearly smart enough to tell you, that I believe in none of these leftist lies.

4. As far as the war in Iraq goes...
o I think things could have been managed differently, but I supported the mission in the beginning and will support it until the end.
o I want the terrorist to win, just so I can blame it all on George W. Bush.
o Any good news that comes out of Iraq will only hurt the chances of the Democrats winning the next election, so I will not accept it.
o I do not see the importance of a democratic Iraq to counter the rising threat of Iran in the region.

5. Iraq and 9-11
o Clearly had nothing to do with each other, I'm really close minded and think inside the box, I can't understand what they have in common.
o I clearly understand that 9-11 happened because of totalitarian regimes such as the one that was in Iraq, I see how failed states deflect responsibility of their own failings onto the West and Israel.
o I don't understand what the second possible answer was, you mean to tell me that states like Iraq didn't promote hatred for america, or fund islamic radicalism?

6. Before the war in Iraq...
o There were no terrorist in Iraq, and Saddam Hussian never had WMD's or supported islamic extreamist... yes I admit it, I'm a very shallow and close minded thinker.
o There were terrorist in 80 countries around the world, yet these morons believe that they weren't in Iraq, while clearly evidence tells us otherwise?
o Iraqi's loved living under Saddam Hussian, aside from being deprived of basic human rights, being tortured and piled into mass graves, at least they weren't getting blow up by car bombs.
o I would rather live under Saddam Hussian than George W. Bush... "well, no, I've never actually been to a country ruled by brute force, but America is clearly worse".

7. To capture or kill Osama Bin Laden we should...
o Do what Barak Obama suggested, invade Pakistan, getting Bin Laden is clearly worth the lives of thousands of Pakistani's.
o Take all the troops out of Iraq, and put them in the Afghan border region, dispite the fact that sending massive amounts of forces into that part of the world is why the brits and soviets lost there, it doesn't matter how many US troops die looking for one guy.
o No, we shouldn't capture of kill Bin Laden, that would clearly eliminate one of our favorite talking points when we list all the reasons we shouldn't be in Iraq.
o I understand that Bin Laden's network has been crushed, and he's basically useless where he is, if we catch him, great, but he's not even the guy that planned 9-11, its more important to solve the problem for the long term than spend lives and money hunting down one person.
o Osama Bin who? I thought Bush, Cheney and the CIA planned 9-11... why are you looking at me like that, I'm smart.

8. I believe in Socialized health care because...
o I'm to lazy to pay for my own health insurance, I have a cell phone bill that's more important... besides, Rich people don't need all that money... no, I'm not a fascist, stop saying that.
o I don't care if I have to wait 3 months for a heart operation that I need in a matter of weeks, as long as I don't have to pay for it.
o I understand that its my obligation to get health insurance, and if I don't, its my fault, but I also understand that simply having health isurance doesn't mean I'm going to be cured of anything, and not have to ever pay any money.

9. Who is the most corrupt?
o John Edwards, for investing in companies that forclose on New Orleans residence who won't pay their morgage, and then turning around and blaming the company for not allowing residence to not pay the morgage?
o Hillary Clinton, for various unethical and illegal campaign accounting pratices?
o Diane Feinstine for using her position on a military appropriations committee to award her husbands company a 600 million dollar military contract?
o William Jefferson and his freezer full of cash?
o Bill Clinton for Whitewater, lying under oath, trading military secrets for chinese donations to his presidential library, and the list goes on and on.
o Harry Reid for his land dealings in the state of Nevada.
o Any random republican, afterall, its okay for Democrats to lie, cheat and steal, thank goodness the media doesn't report any of this.
o This is a crying shame, how can the democrats claim the republicans create a culture of corruption when they are clearly worse.

10. Bill Clinton managed to pay off the deficit.
o True - It is just another reason why Bill Clinton was such a great president
o False - Andrew Jackson is the only president, and leader of a nation in the modern era to pay off a deficit, Clinton simply proposed a 10 year projection, which was not even realistic.

11. Gore won the national vote, he should have been the president.
o True - because he won the most votes he should be the president.
o False - The electoral college was designed by the founding fathers because A- They didn't trust the majority of the people, and B- The state goverments are ment to decide who the president is, not the people.

12. I always refur to opinion polls because...
o I want to be popular
o I'm don't care if the survey sample is 80% registed democrats, it clearly represents the majority of american's opinons.
o I don't pay attention to those polls, the questions are usually bias, and I don't need polls to tell me what to think.
o I'm a democrat, I know I can't win on idea's, I have to lie to get elected.

13. We're sending one lucky member to see Lady Gaga LIVE in Los Angeles. Should we send YOU?
o Yes
o No

An Jörg Kachelmann u. Alice! 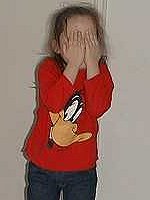